We’re thrilled to announce that an alumnus and good friend to The Music Studio, Ryan Reilly, won the Frechilla-Zuloaga International Piano Prize in Valladolid, Spain, last month. As reported by Joseph Dalton in his Classical Notes column in the Times Union on December 13, 2017: 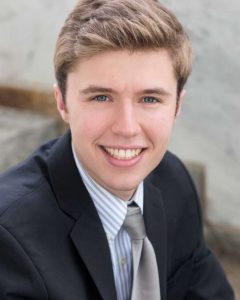 On Nov. 16 the pianist Ryan Reilly, a 25-year old Delmar native and graduate of La Salle Institute, won first place — and a 12,000 euro prize, worth about $14,000 at current exchange rates — in an international piano competition in Spain. The Frechilla-Zuloaga International Piano Prize in Valladolid, Spain featured 21 competitors, all under the age of 35. They performed before judges and audiences over four days. The first two rounds of competition featured the pianists in solo repertoire. In the final round, three finalists performed concertos with orchestra.

Ryan’s repertoire for the first round was a prelude and fugue of Bach, and etudes by Chopin and Scriabin. In the second round he played the Schubert Sonata D. 960 and Albeniz’s “Triana.” He finished with Rachmaninoff’s Second Piano Concerto, Op. 18.

Reilly didn’t have too far to travel for the competition: He’s spending the current academic year studying at the Haute Ecole de Musique in Geneva, Switzerland, where his teacher is Dominique Weber. From 2011 to 2016 he studied with Julian Martin at the Juilliard School, where he earned pre-college, bachelor’s and master’s degrees. Reilly began his piano studies at age 4 at the Music Studio in Albany. He also played piano as a member of the Empire State Youth Orchestra. “Living in Europe is good! I really love the sense of history and culture,” says Reilly via email. “Coming here was the best decision I’ve made.”

The young pianist will remain in Geneva through the spring term, but plans after that have not yet come together. Reilly says he may well return to the U.S. for doctoral studies, but remaining in Europe is also a possibility.

As for the thrill of his recent triumph in Spain, Reilly is pleased but also ready for more. “This is the biggest prize I’ve won,” he says. “I certainly hope it’s just a step in the right direction.”