On Saturday, September 20, Music Studio piano student Jesse Cohen-Greenberg won the novice level of the 13th Annual Frédéric Chopin Piano Competition held by the Capital District Council for Young Musicians. He played Chopin’s Polonaise in C# Minor, Op. 26, No. 1. Jesse is a seventh-grader at Farnsworth Middle School who has been a student at The Music Studio since he was four. He’s been a private student since age eight, first with Noel Liberty and now with Joseph. Fennimore. In addition to playing classical piano, Jesse likes to sing; he has sung with the Capital District Youth Chorale since age 9, performed solo vocals at two end-of-the-year Music Studio shows at the Palace, and participated in both Music Studio Rocks! camps this summer. 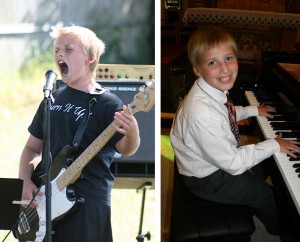