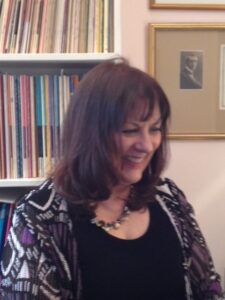 Delana Thomsen is a highly accomplished solo and collaborative pianist who has given recitals throughout Europe and the United States, as well as Master Classes in Iceland, Bulgaria, and the InterHarmony International Music Festival in Arcidosso and Acqui Terme, Italy. She has appeared in numerous venues in New York City, including Alice Tully Hall and Carnegie Weill Recital Hall. She performs regularly with the Thomsen-Belli piano duo and SAGA ensemble, and is currently the pianist and assistant conductor of the Dalton Chorale. Her esteemed teachers have included Ruth Slenczynska, Arthur Balsam, and Elizabeth Moschetti Tobias.

She is a sought-after teacher and inspiring mentor, and her pupils have had great recognition, including the honor of being chosen to perform in Master Classes with distinguished artists. Ms. Thomsen’s pupils have also been the winners of numerous concerto competitions, including Yonkers Philharmonic, Long Island Youth Orchestra and LaGuardia High School. She is currently on the piano faculties of the Manhattan School of Music Precollege, Hoff-Barthelson Music School, Clazz International Music Festival in Arcidosso, Italy, the Caedmon School, and the InterHarmony Music School and has private teaching studios in New York City and Columbia County, New York.